Rico became our second Puerto Rican sato shortly after Roxy was settled. We swore we were never getting another puppy as older dogs are so much easier and need love too. Well, as soon as Roxy calmed down from the crazy puppy stage, she was visibly bored at home as Ginger refused to play with her, and daily dog park trips were just not enough for Roxy. Around this same time, Dan’s boss mentioned his family had rescued a litter off the streets and was looking for foster homes. Dan asked if I wanted to foster, but I knew Roxy would thrive with a friend. I told Dan…and I quote… “if you mean foster for 198473 days, then YES!!” This time, I waited for Dan to get home and we took Roxy to pick out her new sibling. Well, this little chicken got spooked by all the puppies and humans around and hid under a chair.  A sweet little boy kept coming over and sniffing her, and eventually sat next to her. He was a scrawny little dude who was called Smokey Bones, because he was dark and all skin and bones. We later found out he was the one who almost didn’t survive as he was so small, but he’d give up his food for the others to eat.

We brought Smokey Bones home and since he was a malnourished street dog, he had the worst puppy breath! It smelled like burnt coffee grounds, and I had a can of Café Rico coffee in the house, so he got the name Rico! Roxy loved him instantly, and they played together constantly. He was definitely not an easy boy, however. He had demodectic mange, separation anxiety, fear of street noise (and we lived off a busy highway) and was a nightmare to housetrain as he was used to going potty wherever he would sleep.

As we worked through Rico’s issues, one of the more frustrating ones was his body clock was all out of whack and he’d be wide awake and frantic in the middle of the night. After weeks of not sleeping, I was exhausted and started researching natural remedies. I discovered cedarwood and lavender oils were recommended for sleep issues, so I ordered some and started using them on him. Within 3 DAYS he was sleeping through the night and was much calmer overall! I really have him and his struggles to thank for leading me to this path. He also made our family even bigger as his rescuers became our best friends, and their daughter became our godchild! They also got us involved in dog rescue in Puerto Rico, where animal abuse, abandonment, and mistreatment is rampant. To see the stories and learn how you can help, please visit www.facebook.com/OBRAPR.

Now almost 4 years old, Rico fits our family perfectly. He even managed to get Ginger to come out of her stubborn shell and she actually played with him often! I know he misses her. Roxy and Rico are best friends and can spend hours chasing each other in the yard, and then come in and snuggle up. 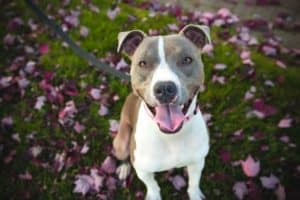 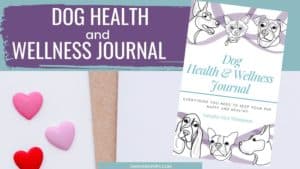