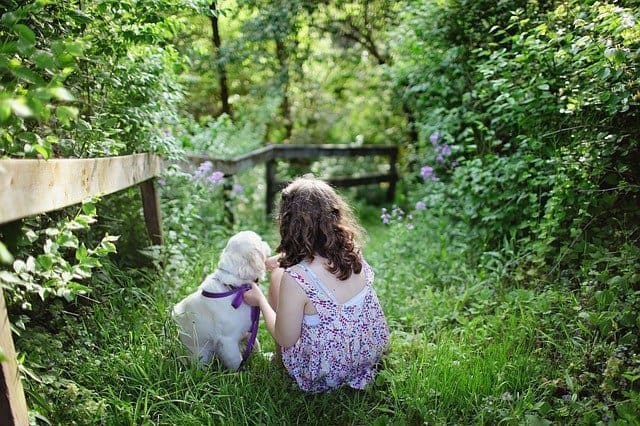 Dogs are typically thought of as individual pets – a nice thing for a family to have to keep them company on long, dark winter nights.

But there’s a growing body of research which suggests that dogs are not just important for families, but entire communities. Dogs are, for want of a better word, pillars.

When you think about it, this makes a lot of sense. Throughout the evolution of dogs alongside people, both lived in communities together.

The first domesticated dogs and wolves would have had a kind of tribal, nomadic symbiosis with the people around them, with the relationship being mutually beneficial.

Dogs warned the humans of impending danger and did work, and the humans fed the dogs food. It was a simple relationship.

But today, the role of dogs has changed considerably. Yes, dogs are still good at guarding property, thanks to their innate understanding of territory.

But they’re also assisting people in the community in other, meaningful ways that we’re only just beginning to understand.

Check out some of the modern examples of how dogs are bringing new value to the communities in which they live.

Dogs Are Training As Therapists

The idea that a dog could be a therapist seems a little barking (excuse the pun). But there’s a growing number of psychotherapists who believe that dogs could actually be the future of many different types of therapy.

Today, therapists are using dogs in a range of settings, including schools, hospitals, and community centers. Dogs have a vital role in the management of people with mental health conditions, helping them to overcome their situations and get back on the path to health.

Dogs appear to have an ability to induce a feeling of calmness in people, deactivating the amygdala and helping people to discuss their issues with therapists more freely and openly.

A dog is like a tool that practitioners use to counter a person’s inhibitions and help them get to the heart of whatever is vexing them.

People with physical disabilities also benefit enormously from dogs. Dogs provide a kind of tactile stimulation for people who cannot hear or see. They’re also a source of comfort for those who have lost the use of their arms or legs.

Therapy dogs aren’t like the average pet dog; they’re a sort of doggie superstar and are exceptionally well-behaved – they have to be.

No practitioner would allow a dog onsite unless it was able to sit still for many hours on end, refrain from barking and go to the toilet in the designated locations.

Practitioners use therapy dogs in a variety of health settings and for a set of particular purposes. Some therapists prescribe dog therapy.

For many years, scientists have been interested in the idea that dogs could be good for public health. Fortunately for dogs and their owners, the data seem to suggest that they are.

Researchers from the University of Lincoln in the UK undertook a review of the literature on the effect of dogs on human well-being. What they discovered was impressive: in almost every area of human health, dogs seemed to have a positive health impact.

Granted, not all community experiences of dogs are positive, especially when it comes to poop and the need to hire a dog poop cleaning company.

But by and large, the long-term benefits seems to be high. The researches found that dogs, for instance, helped to combat the loneliness epidemic — the more people in a community that owned a dog, the lower the reported incidence of loneliness.

Dog owners also appeared to benefit in other ways related to their mental health and were healthier and happier to their non-dog-owning counterparts. Dogs it seems, help people to deal with traumatic life events, such as grief and betrayal.

What about physical health outcomes? Surely dogs can’t help there too? As it turns out, they can. Dogs appear to have the ability to reduce blood pressure in people prone to hypertension and reduce the incidence of allergies and asthma among children.

Dogs may also improve the health of a person’s colon. It’s long been known that dogs act as bacterial carriers, transferring good bacteria from one person to another in the community.

In a sense, dogs help to improve the diversity of the bacteria in our guts and spread the good ones if they’re present in the community.

The percent of national income spent on healthcare is currently running close to 20 percent, with many economists predicting that it will exceed that threshold soon. For the average person, that’s a problem: healthcare is unaffordable and becoming increasingly so.

Dogs aren’t the full solution, unfortunately. But they could have a substantial effect on overall community health costs. Dogs not only directly help combat disease as therapy pets, but they also make it less likely that a person will become sick: dog ownership is associated with better health outcomes.

We’re not talking about small savings either. According to an article in the Telegraph, the average saving from universal dog ownership on healthcare costs could be as high as 24 percent.

Think about it: a quarter of all health costs disappearing just because people own dogs. Remarkable.

It won’t come as any great surprise to people who own dogs that they bring unique benefits to both health and happiness.

But it’s important to realize that the individual effect that each dog has on their family creates ripple effects for the rest of the community.

Dogs have a significant role to play in human civilization, helping us with everything from maintaining our health to getting the most out of therapy. Dogs are a great assistant to people who are deaf or blind.

Are they any downsides to dogs? The only plausible disadvantages are the costs of keeping them, the cost of cleaning up bites, and poop on the sidewalk. These are all risks, but the considerable benefits of dog ownership outweigh them. 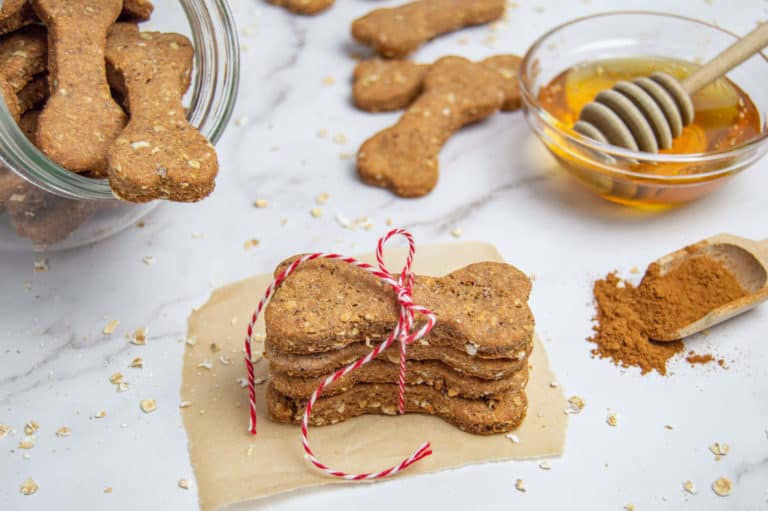 There are some affiliate links below, but they are all products I highly recommend. For more info, view my disclosure here. Introducing our newest addition our dog treat recipes – Cinnamon Oatmeal Dog Treats! These delicious treats are perfect for getting your dog excited and giving them a yummy, healthy dog treat! Made with cinnamon and… 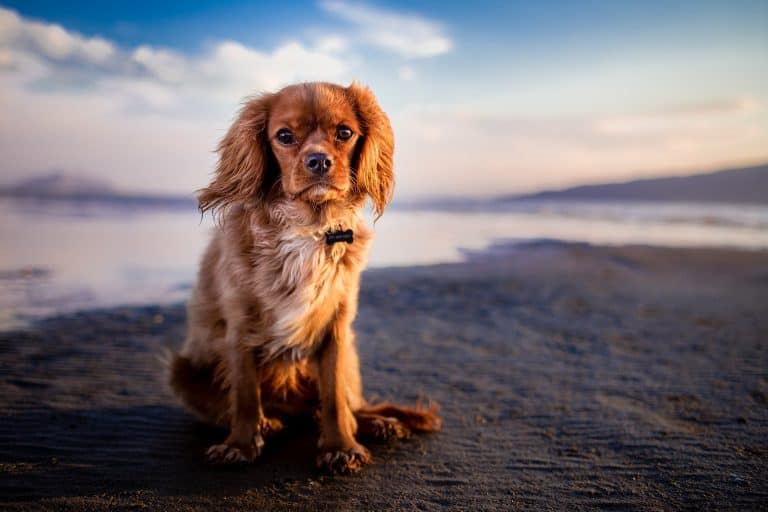 There are some affiliate links below, but they are all products I highly recommend. For more info, view my disclosure here. As we start another new year, it is the perfect time to think about what we want to achieve during the year ahead. As a pet owner, why not consider a New Year’s resolution that… 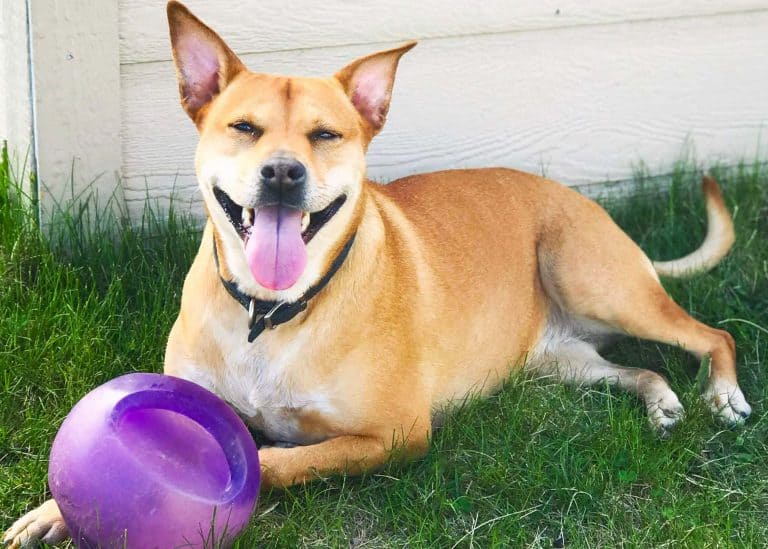 There are some affiliate links below, but they are all products I highly recommend. For more info, view my disclosure here. Everyone loves a good play session with some cool, tough toys. Especially our dogs! However, it’s always a bummer when a favorite toy is easily destroyed. We’ve gone through a ton of toys for bored… 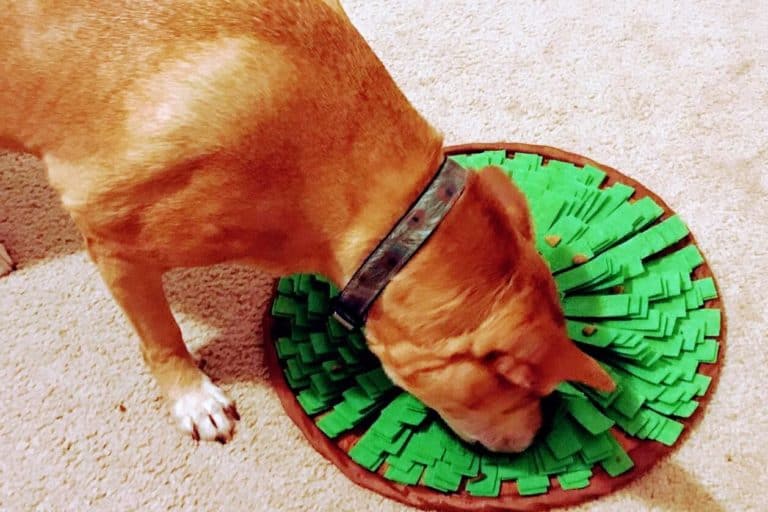 There are some affiliate links below, but they are all products I highly recommend. For more info, view my disclosure here. Most dogs get so excited at meal times, because they’re finally getting to enjoy their favorite activity! Some dogs aren’t super food-driven, like our Rico. Other dogs, though, act like they haven’t been fed in… 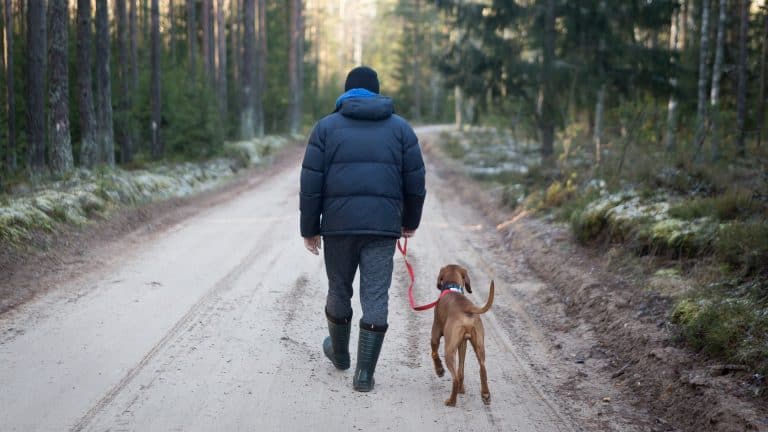 There are some affiliate links below, but they are all products I highly recommend. For more info, view my disclosure here. In 2016, there were around 20.4 million veterans in the United States. Many of them suffer from Post-Traumatic Stress Disorder, also known as PTSD. For years, they suffered in silence with no help. Then, a… 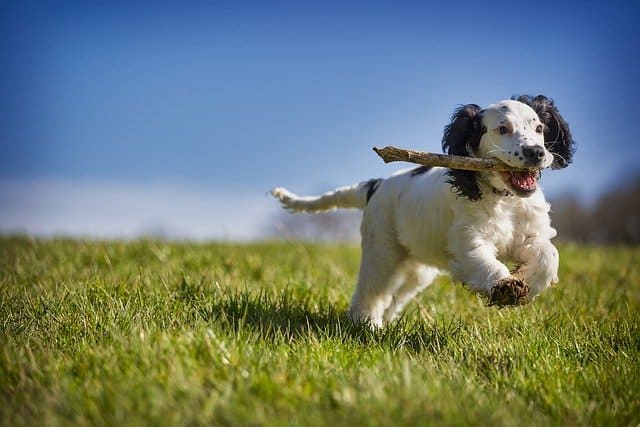 There are some affiliate links below, but they are all products I highly recommend. For more info, view my disclosure here. Dog holidays are a great way to celebrate your dog and show them how much you love them. Every day is an opportunity to show our dogs how much we love them, but there are… 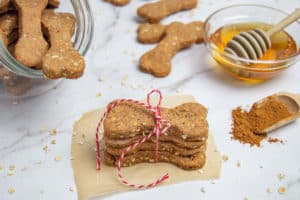 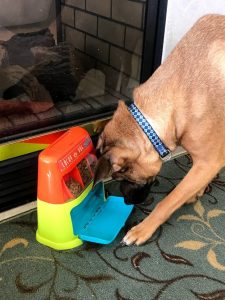 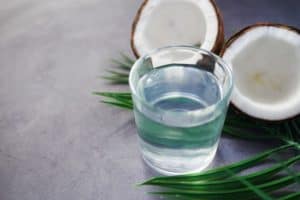