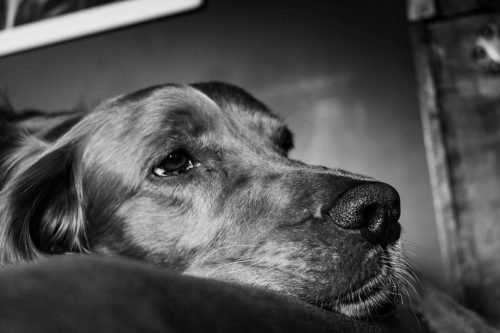 There are many substances that are perfectly fine for humans, but can be quite dangerous or even potentially fatal for dogs. Some of the most well-known are chocolate, alcohol and coffee, and their effects in our pets are also well known.

This time we’re going to talk about a product you might not be aware of, but that is highly toxic for dogs: xylitol.

How many times while eating candy, has your dog been hovering close, just waiting for a bite to hit the floor?

Or have you tried to brush their teeth with your usual toothpaste?

These products often contain a substance called xylitol which, although it’s harmless to humans, poses a risk to dogs that can become deadly.

Not sure what xylitol is?

Wondering what it has to do with your dog’s health?

We answer these and other questions below!

Xylitol is a kind of sugar alcohol used as a substitute sweetener for sugar. It’s naturally present in some fruits and cereals – berries or corn, for example – as well as in the bark of many trees.

Xylitol is produced commercially for use in mass consumer products. It’s extracted from the natural resources of trees like birch; the final xylitol product will have a white powdery texture, very similar to sugar.

Its use is approved in many countries, and you can find it in oral care products, pharmaceuticals and as an additive in a whole series of foods.

In most mammals it doesn’t have a significant effect on overall health. In dogs, on the other hand, it can generate a rapid insulin release that can lead to profound, life-threatening hypoglycemia.

So be careful! Xylitol is poison to your dog!

What Are The Common Household Foods That Contain Xylitol?

This sweetener is being used more and more in products because it’s as sweet as sucrose, but it has only 2/3 of the calories of this sugar.

Additionally, it is less expensive than other sugar substitutes, tastes better, and causes little or no insulin release in humans.

Some years ago, xylitol could be found in just a few products  – mainly chewing gum, sweets and foods without sugar. Today, you can find it in a wide variety of over-the-counter health and beauty products, medications, food products and supplements, as well as some prescription drugs.

Originally, xylitol was found mostly in products that were not generally provided to dogs. However, now this sweetener is even in certain peanut butters and nut butters.

As most dog owners might already know, our pets love these types of creamy butters.

Many people use a little bit of peanut butter here and there to hide pills they give to their dogs. They also fill KONGs with this sticky stuff as a special prize, but many don’t even realize some peanut butters have a potential risk to their pets.

Here’s how to entertain your dog with a KONG, which KONG is best, and see how to fill a KONG with all kinds of safe food combinations!

Xylitol can be found in some of the following products:

For years, I’ve refused to even have any xylitol products in the house. However, I was recently diagnosed with Sjogren’s syndrome, which is an autoimmune disorder that causes extreme dry mouth, among other things.

That dry mouth can cause an increase in cavities, as well as be super uncomfortable when sleeping, so I’m learning to take extra care. The majority of recommendations include products that contain xylitol to keep cavities down while helping increase moisture levels.

What Xylitol Poisoning Does To Dogs

Although it doesn’t pose any risk to you, for our four-legged friends xylitol is highly toxic.

Even in small doses it can cause low blood sugar, liver failure and other diseases.

As you know, in humans the blood sugar level is regulated by the pancreas; this also occurs in dogs in a similar way.

It has been proven that in non-primate animal species, the consumption of xylitol, even in very low doses, can cause the release of insulin from the pancreas, which greatly lowers blood sugar levels. It is what we call hypoglycemia.

Hypoglycemia can occur in a dog between 10 and 60 minutes after ingesting xylitol, depending on the amount of this and the size of the animal. This circumstance can have very serious consequences and even cause the death of the dog.

What Dose Of Xylitol Is Toxic To Our Dogs?

As we said, xylitol poisoning in dogs is dose-dependent.

Generally, most chewing gums and breath lozenges contain between 0.22 and 1.0 grams of xylitol per piece, so only a couple of pieces could cause hypoglycemia in a 10-pound old dog.

To make things clearer for you, 50 mg of xylitol is about three sugar-free gums. This amount could seriously affect your dog’s health.

In the case of dogs, xylitol is absorbed rapidly and completely in about 10 to 60 minutes. The above amount of xylitol could cause a dangerous increase in insulin levels and a rapid decrease in blood sugar.

The most usual fatal effect of xylitol consumption in dogs is liver failure. For this reason, it’s very important to prevent your dog from consuming sweets for human consumption, as well as bakery and pastry products.

This is especially true if they are of industrial production and you don’t know exactly the ingredients of its preparation.

It’s also important to note that the effect of this sweetener may vary from species to species.

In rhesus monkeys, rats and horses, it causes little or no insulin release. However, it can generate the opposite effect in dogs, ferrets, rabbits, cows, goats and baboons.

In the case of cats, xylitol doesn’t imply a high risk of poisoning, mainly due to their rejection of sweets. At this time, the effect of xylitol in cats is still unknown.

However, ferret owners should be careful because as some of you may know, they can suffer hypoglycemia and seizures after ingesting products that contain xylitol.

What Are The Symptoms Of Xylitol Poisoning In Dogs?

When a dog has been poisoned by consumption of xylitol, it usually presents the typical symptoms of a poisoning. These are:

If you detect any of these symptoms in your dog, and you suspect that it may have ingested xylitol, you must go immediately to your local vet. It would be very helpful if you could identify what your dog ate.

Never medicate your dog on your own or make him vomit. If hypoglycemia is confirmed and depending on the time of consumption, vomiting would only make their condition worse.

What Are The Treatment Options For Xylitol Poisoning?

There is no specific treatment to cure this type of poisoning; usually, it’s treated with liquids, liver protective medications and sugar supplements to restore glucose levels in your dog’s body.

Treatment depends on how quickly it is given. In cases where xylitol has just been consumed, vomiting could be an option – but it should be determined by a professional.

Once a dog develops hypoglycemia, dextrose should be administered via the intravenous until the animal can self-regulate its blood glucose levels, which it usually takes between 12 and 48 hours.

In dogs with liver poisoning due to xylitol consumption, their symptoms should be carefully monitored; it’s important to constantly check the liver enzymes levels, as liver necrosis may occur within a day or two after consumption.

In case the liver begins to fail, the dog will require intravenous fluids, dextrose, “hepatoprotectors” (substances to help support and repair the liver) and regular monitoring of its coagulation blood.

What Is The Prognosis Of Recovery For Dogs After Ingesting Xylitol?

In the same way as in the previous point, the prognosis will depend on the amount of substance consumed, and the size of the animal.

When exposure to xylitol is detected early and treated effectively in a dog, there is an excellent prognosis for complete recovery. In the case of dogs that develop liver failure, the prognosis is less optimistic.

Despite everything, with rapid medical treatment and proper regulation of blood glucose level, the prognosis can be good.

However, xylitol poisoning is considered a veterinary emergency, since hypoglycemia maintained over time can produce fatal effects on the body. For this reason, the visit to the vet should never be delayed.

What You Can Do To Prevent Xylitol Poisoning In Your Dog

Remember that dogs are curious and can be determined when it comes to reaching certain foods, and also remember that some dogs love to climb countertops.

If you carry products like gum in your bag or backpack, get in the habit of hanging or putting them out of the reach of your dog.

If you give your dog peanut butter, check the list of ingredients first to make sure it doesn’t contain xylitol.

When it comes to products like mouthwash containing xylitol, I keep it high in a cabinet where Roxy and Rico can’t access it. Since we live in an area with earthquakes, I make sure it’s secured so it won’t tip onto the floor if one occurs while we’re out grocery shopping.

Teach your children that products containing xylitol can be fatal to the family dog, and they should not sneak treats to them. They should also know to notify you immediately if they think the dog has eaten something they shouldn’t have.

Please note that xylitol may also be in products that we don’t consider foods, such as toothpaste. Use only toothpaste made specifically for pets, not for humans.

What steps do you take to prevent xylitol poisoning in your pets? Share with us below! 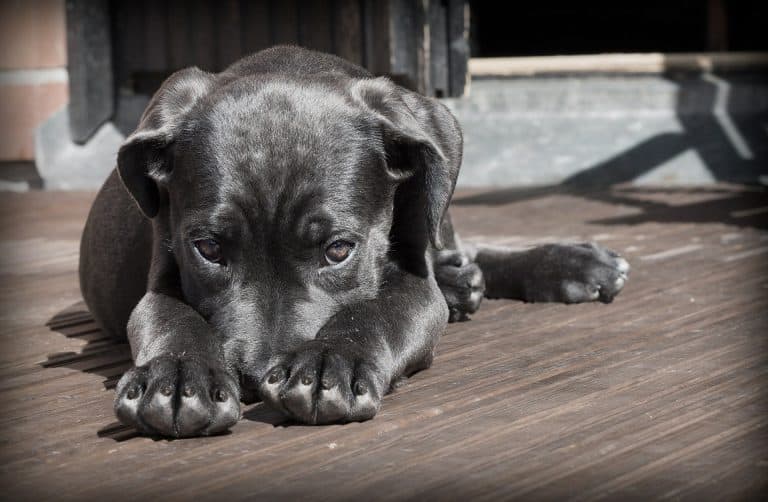 There are some affiliate links below, but they are all products I highly recommend. For more info, view my disclosure here. Last year, Alaska had a major 7.0 earthquake! It was centered pretty much right where we live. This wasn’t our first earthquake, but it was definitely our biggest, scariest one! The shaking from the initial… 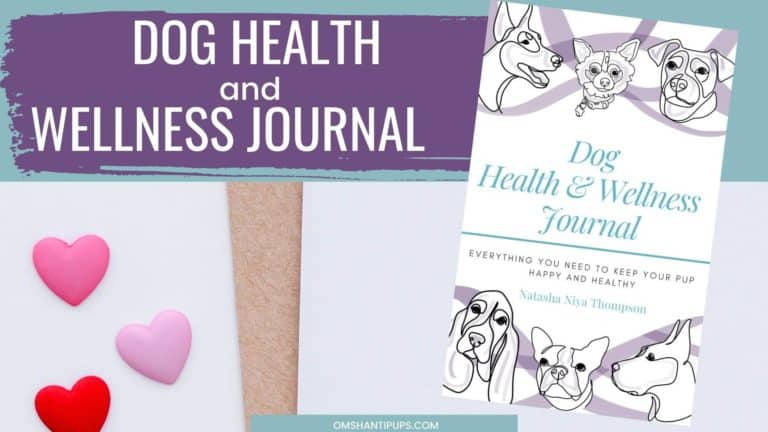 There are some affiliate links below, but they are all products I highly recommend. For more info, view my disclosure here. A dog health and wellness journal is a great way to keep track of your dog’s health. It can also help you identify any potential problems early on. What is a Dog Health and Wellness… 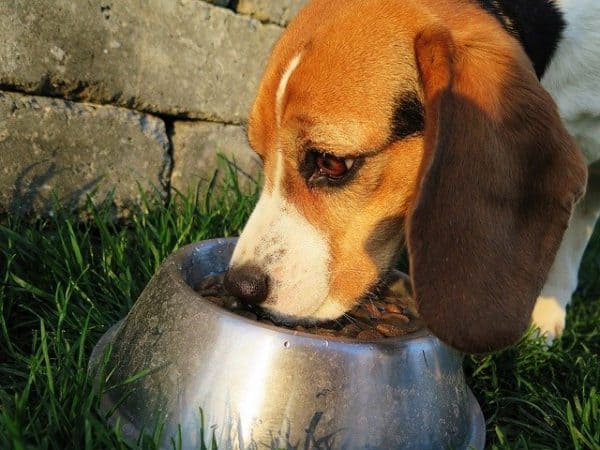 There are some affiliate links below, but they are all products I highly recommend. For more info, view my disclosure here. Do you have a picky dog? Some dogs will eat whatever food is put down for them, and will be perfectly content with more of the same. They eat every snack they are offered, every… 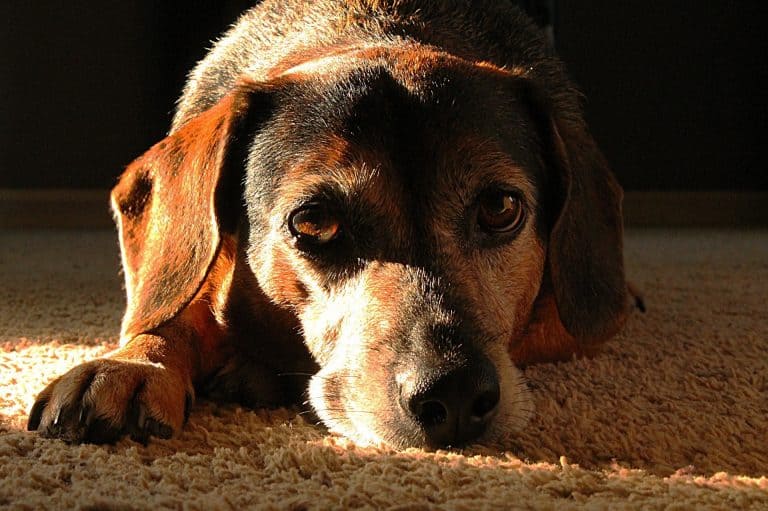 There are some affiliate links below, but they are all products I highly recommend. For more info, view my disclosure here. Senior dogs are extremely sweet and loving, but they need a little more care and attention than their younger counterparts. The age a dog becomes considered as a senior can vary depending on size and… 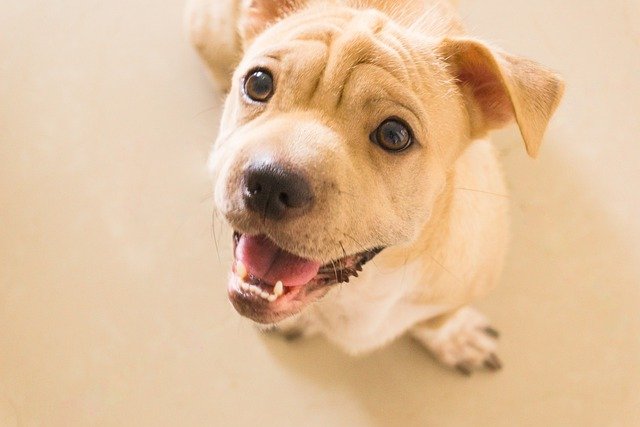 There are some affiliate links below, but they are all products I highly recommend. For more info, view my disclosure here. We all know what our dog’s breath smells like. And we know the feeling of having our dog on top of us trying to lick our faces and feeling bad for rejecting their kisses. Many… 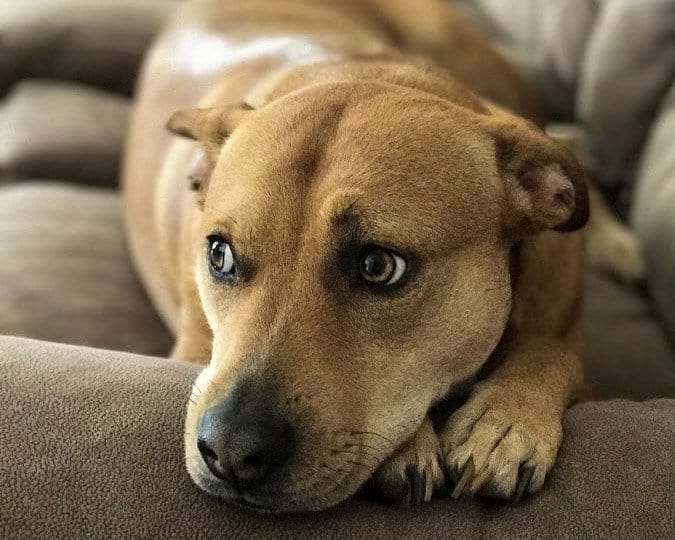 There are some affiliate links below, but they are all products I highly recommend. For more info, view my disclosure here. One of the bigger drawbacks of being a military family who moves every few years has been finding a quality veterinarian that knows our pets and is willing to help them be their healthiest and… 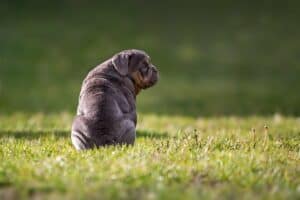 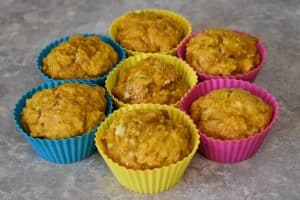 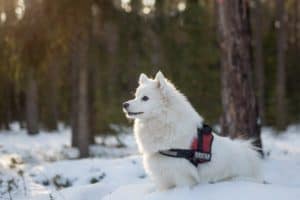